Medical office building investments are similar to the purchase and sale of most other income producing commercial properties. What differentiates medical office buildings is these properties have special attributes and features tailored toward physicians and other healthcare providers. It is often said, Medical Office is just very complicated office.

In this article, we look at five important aspects of medical office investment sales.

One of the first things investors will look at when considering a medical office acquisition is the property’s capitalization rate, or “cap rate”. The cap rate is the rate of return the property is expected to generate in the first year of ownership based on the Net Operating Income. The cap rate is calculated by dividing the property’s NOI (the gross income less any expenses) by the sale price. The resulting cap rate is expressed as a percentage, usually ranging anywhere between 4% and 8%.

MOB cap rates have been slowly trending downward for the last couple of years, with more aggressive compression as of late. In the national MOB investment sales market, when analyzing properties greater than $5 million, cap rates in the last quarter were averaging at or near 6 percent. The trailing 12 months saw cap rates around 6.3 percent. Prior to that, since about 2013, MOB cap rates have been somewhere between 6.5 and 7.0 percent, with very little fluctuation. MOB cap rates have not been as prone to economic shocks, such as changes in the economy cycle. The downward trend has just become more pronounced in the wake of the COVID-19 pandemic, as MOB’s have continued to prove their resiliency and have drawn interest from investors either entering the market for the first time or from other sectors of commercial real estate.

There is a lot more than price that determines the cap rate including proximity to campus, overall size, occupancy, credit worthiness of the tenants, guarantees, lease structure, lease term, annual escalations, and many other factors.

Dollar volume is another way to gauge an asset class’s popularity. Keep in mind this asset class is highly specialized and a very small sector of commercial real estate as compared with others.

When analyzing MOB sales greater than $5 million, in a typical year we see about $10 billion worth of transactions. While this may seem like an impressive number, it remains quite small when put in the context of the investment velocity of other asset classes. For example, a large metropolitan city like New York or Chicago might have $50 billion worth of traditional office sales in any given year.

Vacancy rates are a critical metric when analyzing a medical office investment opportunity. Investors want to feel confident that they will be able to lease up or maintain a fully occupied property. Some markets have higher vacancy than others, but the national average is somewhere between 8 and 9 percent, a rate considered to be outstanding by historical averages. For context, during the recession of 2010-12, some of the most densely populated markets had vacancy upwards of 14 to 16 percent. Any time vacancy rates are in the single digits, this is a positive signal for investors.

MOB rental rates are another critical part of the supply and demand equation. In a market with high vacancy rates, the rental rates will inherently be lower as MOB owners try to incentivize tenants to lease space. This can be done with rent abatement or a higher-than-average tenant improvement allowance, but a lower rental rate is what many tenants are after.

Rental rates are especially important for prospective investors as they try to forecast future cash flows. When leases expire, information about the area’s vacancy and rental rates will factor into what a landlord is able to negotiate with their tenants.

I’m in favor of lease renewals based on the continuing rate and continuing escalation as compared with FMV or CPI; however, that is a long conversation for another day.

Medical office properties are quite unique compared to other, more well-understood asset classes. It is important for investors to work with an experienced broker when considering the acquisition or disposition of an MOB. Fact is, even the best MOB properties will not command top dollar unless they are properly presented to the market. When considering each individual asset and the goals of the seller, how properties are presented to the market can differ drastically and the business plan needs to be adjusted accordingly.

An experienced MOB investment sales broker, for example, will look for ways to maximize the value of the asset based upon many factors. This could mean casting a very wide net including publicly-traded REITs, private REITs, high-net-worth individuals, private equity funds, offshore funds, family trusts, pension funds, and many more – large groups that individual owners would typically not have familiarity with or access to on their own and a bid process that needs to be managed very carefully. Meanwhile, there are other situations where a more limited audience can work to the seller’s advantage. For example, a physician who wants to sell their owner-occupied building might be looking for a very specific type of landlord with a lengthy track record of being an outstanding landlord if they plan to stay at the property long term.
Something else worth mentioning is a broker’s familiarity with each investor’s protocol. Some investors send offers that we know are good as gold through closing. Others send offers that might be artificially high to win the bid process and then seek price adjustments through or at the close of due diligence. An experienced broker will know this and will manage each of these investors differently throughout the process.

In any event, working with an investment broker who knows the ins- and outs of the market and the players will work to the advantage of everyone involved.

Investors are looking at medical office as a safe haven, the flight to safety. Before considering any MOB as an investment, it is important to understand important factors in this sector – cap rates, dollar volume, vacancy, rental rates, and selecting the right broker for the job are these very important factors to gain this understanding. The trends outlined here today are expected to continue as more investors enter the MOB market and this sector continues to gain in popularity. 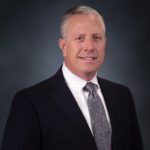 Paul and his team specialize in advising clients in the acquisition and disposition of institutional quality medical office buildings and continues to excel in this brokerage & advisory role. The Healthcare Real Estate Services Group at Bull Realty, Inc. has implemented business plans and strategies for medical office building owners to maximize asset value resulting in hundreds of millions of dollars of properties sold. This has established Paul as an authority and go-to guy in Healthcare Capital Markets and disposition strategies.

Important Things To Know About Investing In Commercial Real Estate

Why This Is The Time to Invest in Healthcare REITs

Using Debt for Real Estate Investing: Is It a Good or Bad Idea?