The past year and a half have been enlightening for several reasons. One lesson learned: there’s no better time to own medical office real estate than during, and emerging from, a global pandemic.

The resiliency of medical offices is one of the many reasons investors are looking to add it to their portfolios, and by extension, why competition for medical office real estate is increasing. In this article, we look at what’s driving investor interest in medical office property.

Newly-built medical office properties also tend to have a few distinguishing characteristics, and are typically very utilitarian, using all the space efficiently with basic common areas but mostly utilized by the medical tenants.

Given its unique building and tenant profile, medical office has historically been overlooked by many real estate investors. However, the sector’s positive growth trajectory has landed it on more investors’ radars as of late. Both individual and institutional investors alike are starting to recognize the tremendous promise of medical office real estate.

Related: Is Inflation on the Horizon?

As the needs of medical office users evolve, investors can also look to diversify by adding different vintage medical office properties to their portfolio. For example, someone might invest in a suburban medical office complex first constructed in the 1980s. This property may be a good candidate for a value-add investment strategy. Through various capital improvement projects, the property could be repositioned in a way that creates more value for the owners and investors. That same owner may also decide to invest in a newly-constructed medical office building that has modern-day features, such as a small retail storefront, that is already leased and fully stabilized.

Finally, medical office investors can further diversify their portfolios by investing in different geographic areas. In the Sun Belt region, for example, an influx of retired Baby Boomers has created new demand for medical office real estate. Broadly speaking, there continues to be demand for both urban and suburban MOB properties across the U.S., which allows investors to diversify into different areas.

In short, there are endless medical office opportunities for investors to consider when looking to diversify their investment portfolios.

Over the past decade, there have been at least two major shocks to the real estate market: the first was the 2008 housing market collapse that caused real estate values to bottom out in 2009-2010. The second, more recent, shock was brought on by the COVID-19 pandemic. In both instances, investors faced a real threat of default in situations where tenants stopped paying their rents on time.

Yet during both recessions, real estate performed (and recovered) faster than other asset classes. Medical office real estate proved to be especially resilient.

Investors looking for recession-resilient real estate will find medical office to be an excellent choice for the following reasons.

Related: Are You Missing the Boat on SPACs?

The first has to do with tenant retention. Medical office tenants are often described as “stickier” than traditional office tenants. In other words, medical office users are not as likely to up and leave. This is partially due to the high up-front buildout costs of their space. Specialized equipment, HVAC systems and the like are expensive and cannot be easily replicated elsewhere. (For example, an imaging center can easily cost upwards of a million dollars to build.)

Given that so many medical office tenants invest heavily in their space, they tend to remain in place for longer periods of time. Leases generally average somewhere between seven and 15 years—a long period for which investors can expect dependable cash flow.

Similarly, medical office tenants generally have strong ties to the community and want to provide care to their patients in a consistent, convenient location. This makes them more likely to re-sign leases than traditional office users whose physical location is perhaps less important, and therefore, it is easier for them to relocate to more affordable spaces during economic downturns.

Second, medical office is bolstered by changing demographics. According to the U.S. Census Bureau, the number of Americans aged 65 and older is expected to double over the next three decades. Older Americans will continue to provide sustained demand for medical care, often in more affordable, out-patient settings, which helps to strengthen the medical office sector. Moreover, unlike other real estate assets like retail and hospitality, healthcare is a needs-based industry. Regardless of how the economy is performing, Americans (especially older Americans) will continue to need medical care. They cannot forego certain treatments or procedures the same way people might forego a latte or vacation when the economy dips.

Having the right partner is the key to succuss, Alliance is here to help you traverse the complexities of Medical Office Real Estate. Call today.

Another reason for the increased competition for medical office real estate is that MOB properties tend to have very reliable tenants. Not only are medical users “sticky” tenants, as noted above, but these tenants are generally very credit-worthy and have a strong track record for on-time payments.

Hospital-affiliated tenants tend to be the most credit-worthy, but smaller physician-owned practices often have a solid credit history as well. Leasing space to a few high-credit, long-term tenants is a good way for investors to attract more of the same to the property, thereby increasing the property’s stability and by extension, the property’s long-term value.

Absent new development, there’s a growing supply and demand imbalance that has resulted in increased competition for the space that does exist. This competition is two-fold, among medical office tenants looking for space (and therefore, willing to pay premium rents for longer lease terms) and among investors looking to buy medical office properties (in turn, driving up prices). Given the sector’s otherwise strong fundamentals, the limited supply of medical offices makes the space especially attractive to investors looking to add real estate to their portfolios.

Historically speaking, the medical office market has outperformed traditional offices on a national level in terms of both vacancy and absorption as a percentage of inventory—real estate investors are taking note and riding this positive trend.

This has led to more creative opportunities for medical office real estate investments.

One of the big trends we are seeing is the conversion of space once used for other purposes. For example, traditional offices are being converted to medical offices in areas where demand is especially high. Well-located, standalone retail stores are also being converted for medical office purposes. We are also seeing medical offices integrated into mixed-use projects, where people can obtain medical care in a convenient manner while running their other day-to-day errands. Medical offices are sometimes located on the second or third stories above traditional retail. In other cases, it is being located alongside or behind retail storefronts that offer complementary health- and wellness-related products.

Despite an uptick in the number of people leveraging telemedicine, the fact remains that most health care services are delivered in-person. Most doctors cannot (or will not) exam people over the internet. Telemedicine remains most beneficial in a pre-op and post-op setting.

Telemedicine aside, advancements in technology are expected to allow medical practitioners to provide more (and more frequent) outpatient care. As demand for outpatient care grows, the need for medical office space will grow as well.

Moreover, certain advancements in technology will make medical office real estate more profitable. For example, the ability to transition medical records to “the cloud” has eliminated the need for large medical office storage rooms. Those spaces can now be repurposed for more profitable uses, such as additional exam rooms and other direct patient care.

Similarly, advancements in technology have improved the speed of healthcare delivery. This allows physicians and other healthcare providers to see more patients, resulting in greater profitability. The more profitable a physician-owned practice, the more valuable their lease ultimately, the property value.

As competition increases, investors should expect to see prices increase as well. However, high prices are expected to be supported by higher rents, which continue to climb in an otherwise constrained market where new construction remains limited.

If you are a real estate investor looking to diversify your portfolio, there’s no better time than now to consider medical office real estate. Contact us today to learn more about our platform and the various MOB opportunities we have to offer.

Related: Investors Must Think for Themselves

If you are ready to invest in real estate office space, Alliance can help you. Call us today. 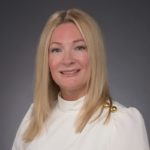 Important Things To Know About Investing In Commercial Real Estate

Why This Is The Time to Invest in Healthcare REITs

Using Debt for Real Estate Investing: Is It a Good or Bad Idea?